We got up early again, had breakfast at the hotel, got ready and left for the airport; we flew with Olympic Airlines at 11:40 am, arrived at Rhodes airport at 12:40 pm, then took a bus to Rhodes Old Town. I didn't have a detailed map for the hotel, and the streets in Old Town were very complicated, with the direction from a tourist informaiton centre, we still spent some time to find Mango Rooms, the hotel we were staying in for the next few nights. 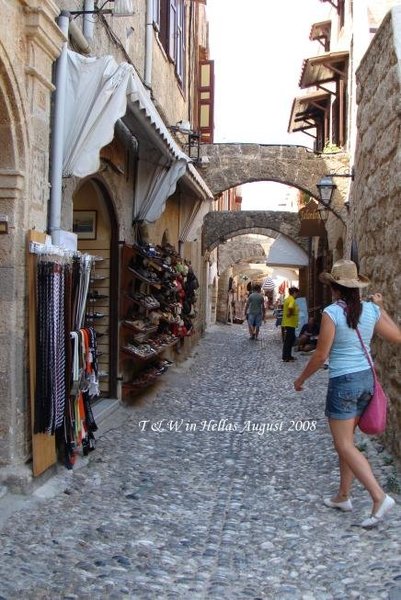 The Old Town of Rhodes, is a medieval citadel built by the Knights of St. John's (Refer to the history of Cursade) when they arrived in Rhodes in 1309. Long before that, the town has been inhabited for more than 2,400 years.


Walking on the paved streets inside of the medieval citadel felt like being in another century, except the vehicles would drag you back to reality. 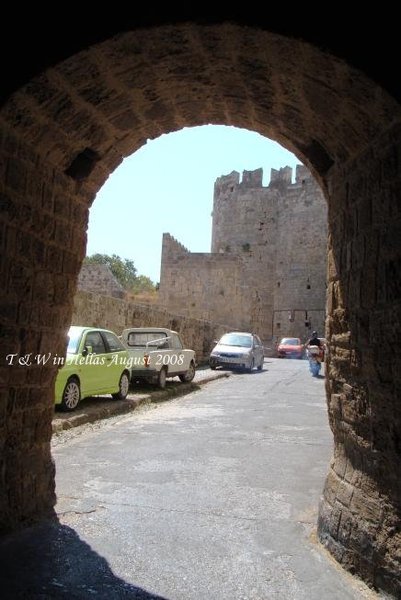 The Old Town is surrounded by moats and 4 kilometer of walls with 11 gates.


As one of the finest walled cities in existence, the Old Town is also a World Heritage Site (So is the Acropolis in Athens).

Put down our backpacks in the hotel room, first thing to do was find something to eat, bought two pitas and enjoyed our lunch on the curb out side of the Marine Gate. 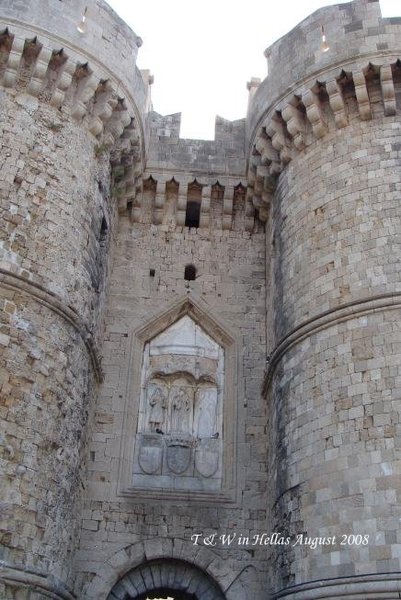 The Marine Gate with twin towers, it is the main route into the Old Town from Commercial harbour.


Finished our lunch, walked back to the old town, stopped by the Plateia Ippokratous, a centre square closed to the Marine Gate. 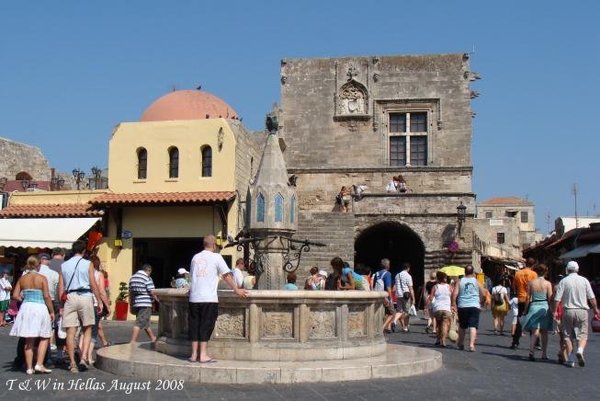 A medieval fountain in Plateia Ippokratous. 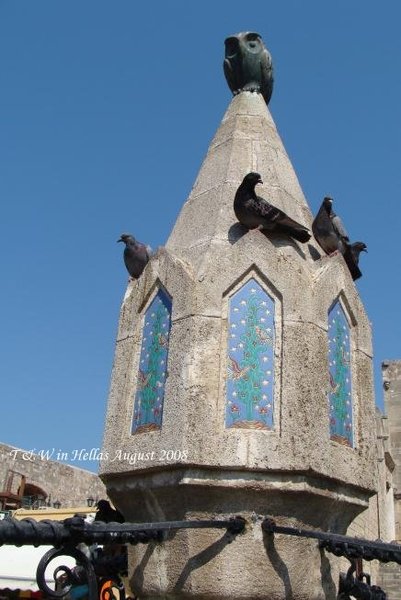 Lots of pigeons hanging around at this square. And there is a owl statue on top of the fountain. 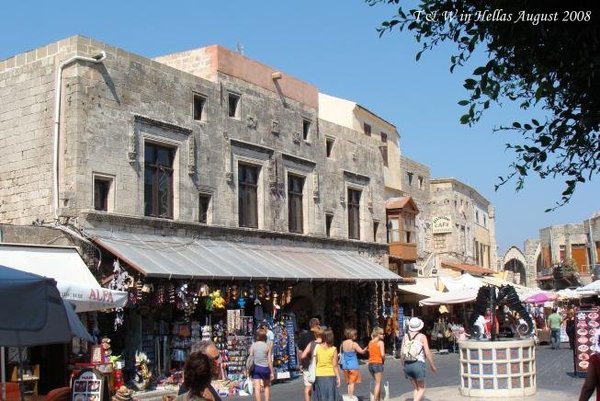 Wandered over to the Jewish Quarter, where a seahorse fountain was near by. 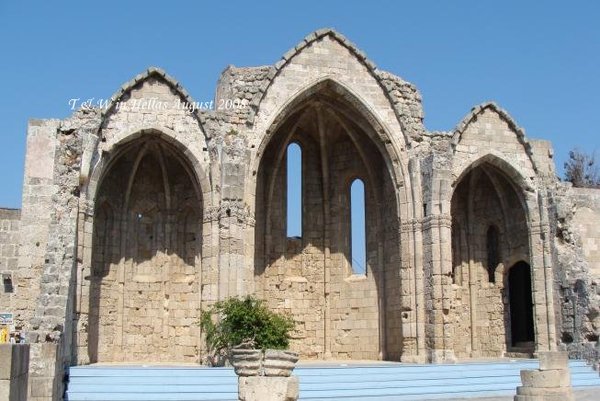 A Byzantine Church ruins near the Jewish Quarter, it is next to a gate that I couldn't recall, might be the Panagias gate or the St Catherine's Gate. Much appreciated if anyone can tell me what it is called. 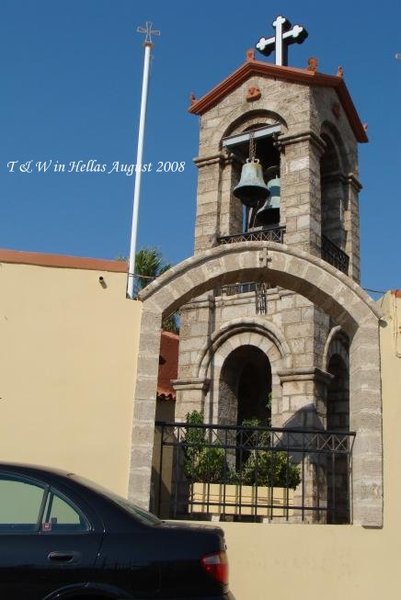 A Bell Tower of a tiny church.


We wandered in the Old Town for few hours, had about an hour or so to visit the Knights' Hospital.

The Courtyard at the Knights' Hospital, it is now the Archaeological Museum. This is one of my favorite pictures during the trip. The Gothic Hospital of the Knights built in 1440 to 1481. 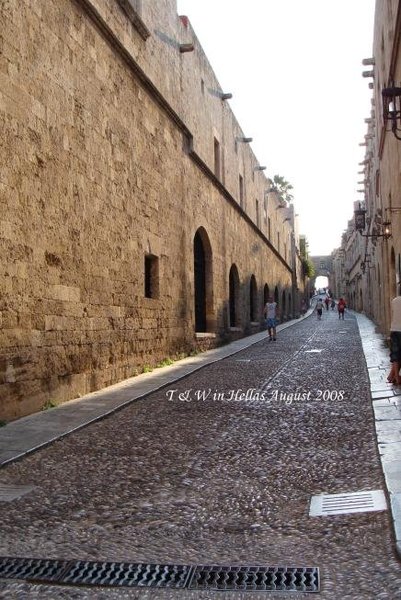 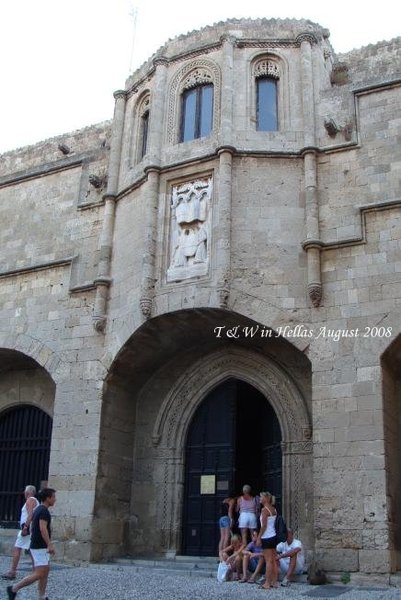 The Knights Hospital was closing for the day.


Most of the sights were closed at 7:00 pm, we just wandered on the Old Town streets.

Mosque of Suleiman the Magnificent, the pink mosque was constructed in 1522 to celebrate Sultan's victory over the Knights. 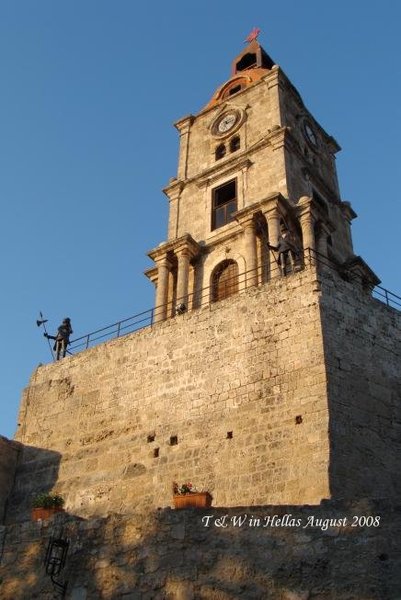 The Bourg's clocktower, this is a restored clock tower, was built in 1852. 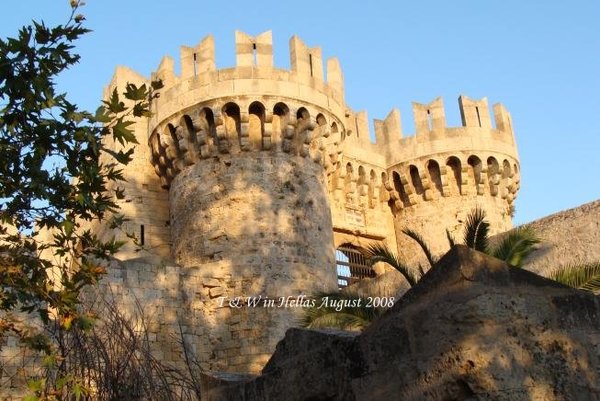 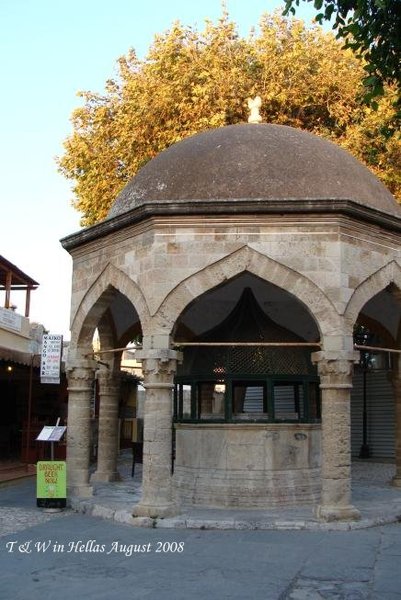 The Fountain in front of the Mosque of Rejep Pasha, and the hotel we stayed in was right beside it.


We had dinner in a restaurant that the hotel owner recommended that was only a few meters away from the hotel. after the dinner, we kept wandering around the Old Town. 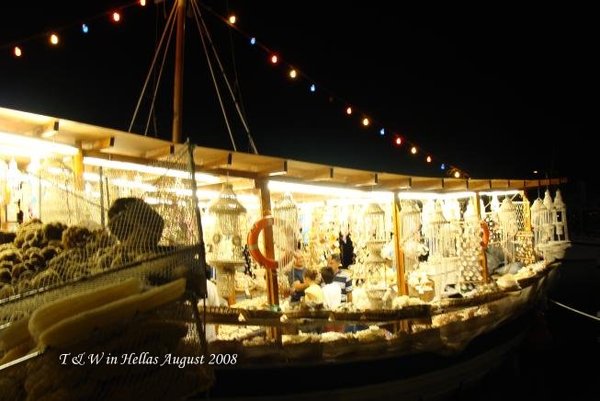 Outside of Old Town, there were 2 boats selling seashells, couldn't remember what gates they were at.

Even with a map, we got lost on our way back to the hotel, spent almost an hour, walked around the same area few times, finally we got back to our hotel.