The second day in Crete, we had breakfast in our room, the kitchen became very handy, we made our own coffee and ate the sandwiches we bought from a convenience store the night before, then got ready and went to catch a bus to downtown. 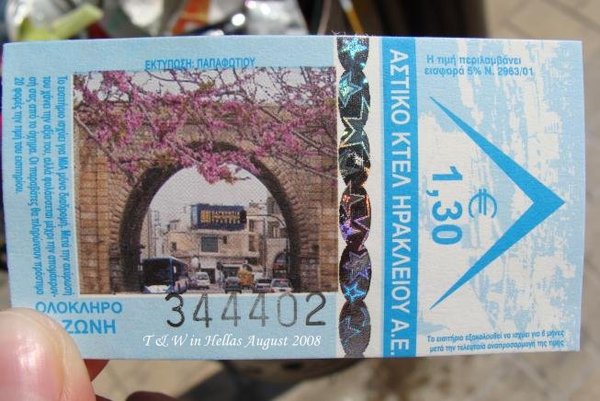 I like the bus tickets in Irakleio very much, but the bus drivers always tear them apart, I couldn't keep a whole one.
Arrived downtown Irakleio, we walked to a bus station by the harbour to catch another bus that goes to Knosos.


Knosos is 5 kilometers from Irakleio, only a 15 minutes bus ride, we arrived at the ancient capital, The Palace of Knosos. 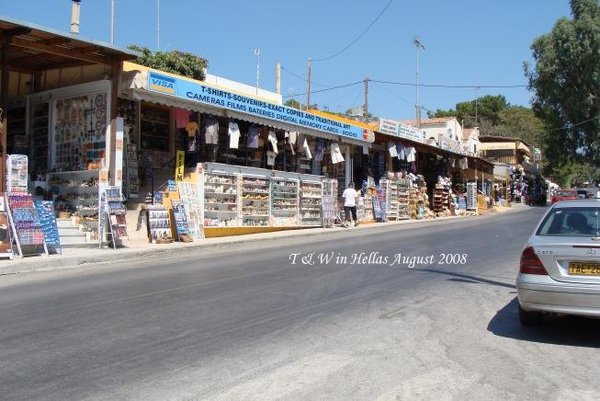 The main street of Knosos, full of gift shops.
The capital of Minoan Crete, Knosos was the largest and most sophisticated of the palaces on the island.


The first palace of Knosos was built around 1900 BC, and was destroyed by an earthquake in about 1700 BC. And soon was compeltely rebuilt, the restored ruins are almost entirely built from the second palace. 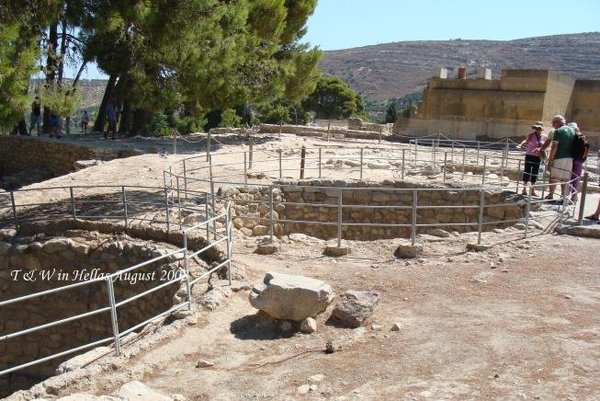 Kouloures (Storage pits), there are three of them. 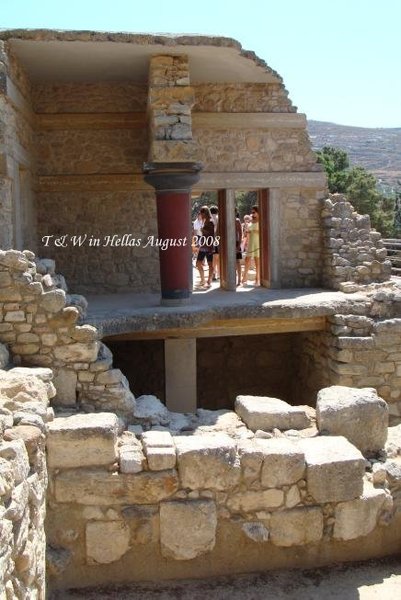 From this picture, we could see the different levels of the structure in the palace. 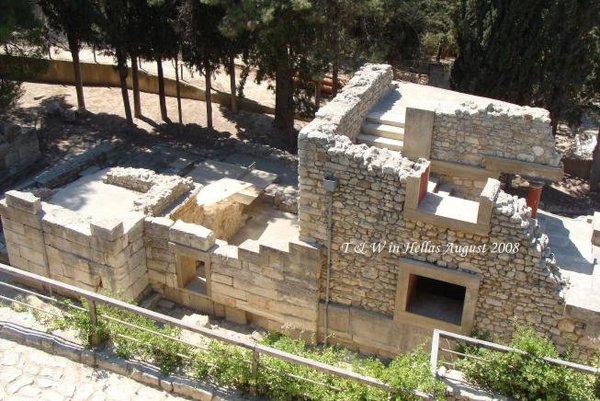 A picture overseeing the South House, which was partly restored, it was three storeys in hight, and was probably the residence of a palace official. 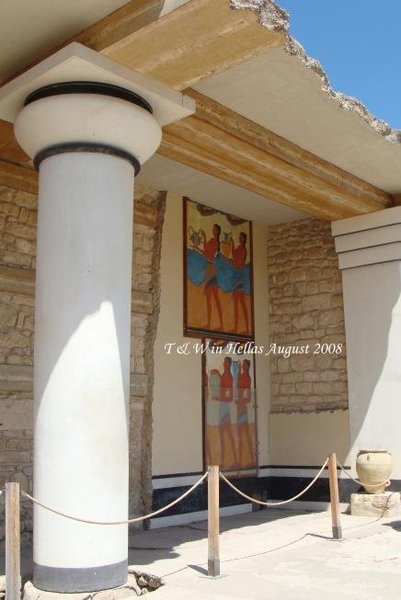 South Propylon, Entrance to the palace was through this monumental, pillared gatway, decorated with a replica of the Cup-Bearer figure, a detail from the Procession fresco. 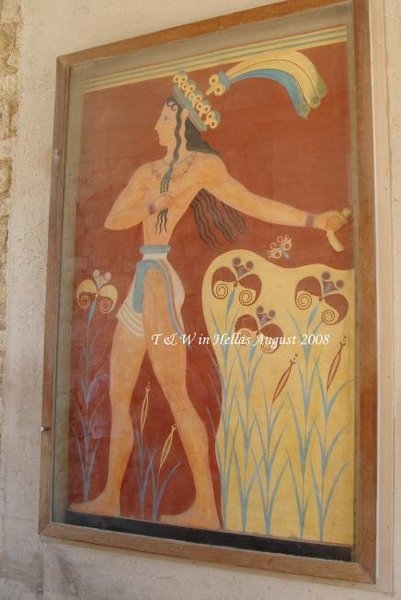 This replica of the Priest-King fresco, also known as the Prince of the Lilies. 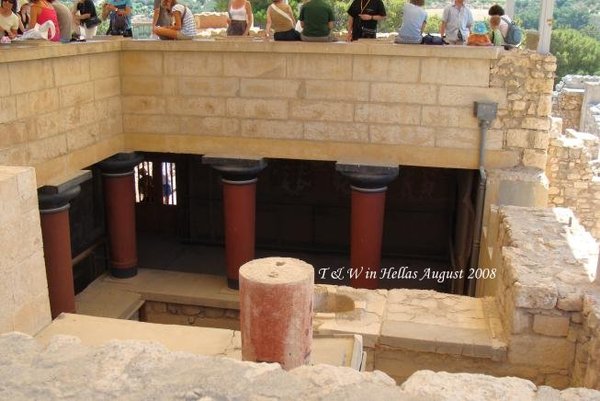 The Royal Apartments, the apartments are built into the side of the hill, one of the most impressive surviving architectural features of the palace. 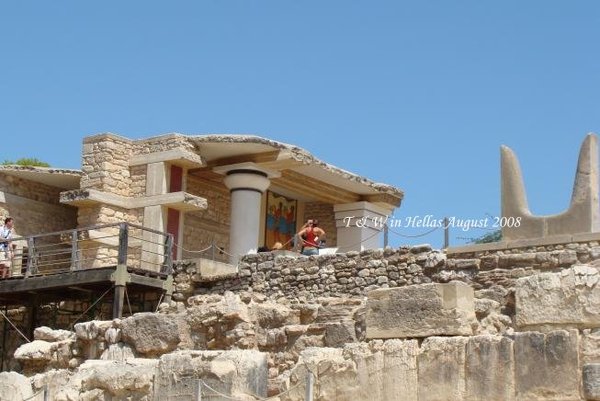 Overseeing the South Propylon with the Horns of Consecration, these restored horns are a symbol of the sacred bull. 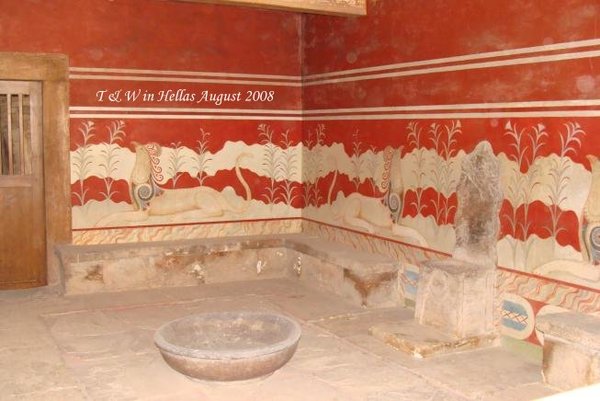 The Throne Room, is believed to have served as a shrine. the stone throne is guarded by a restored fresco of griffins, which were sacred symbols in Minoan times. 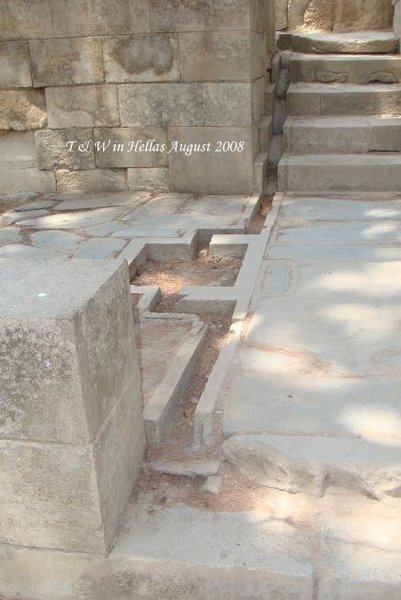 The palace contained over 1,000 rooms and equipped drainage systems, flushing toilets as well. I was so surprised at the advanced system they had almost 4,000 years ago. 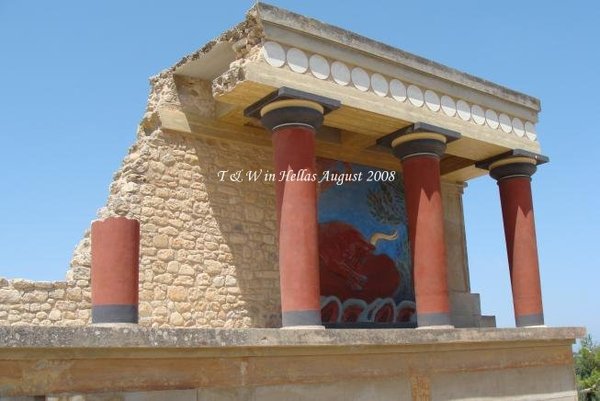 Charging Bull fresco.
Knosos was believed to be the setting of an underground labyrinth designed to imprison the Minotaur. 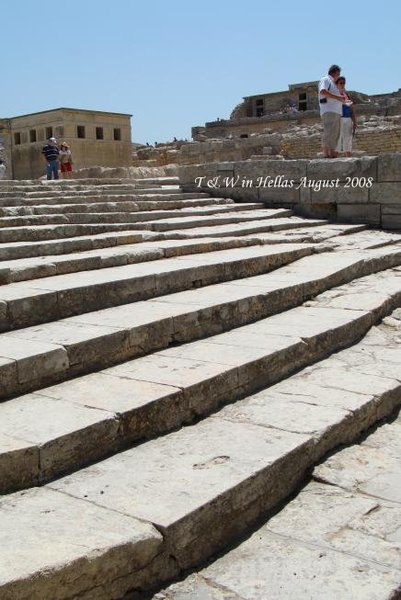 Stayed at the palace for about 2 hours, it was too hot to stay any longer, so we returned to downtown Irakleio, which is the capital city of the Crete island. Irakleio Harbour has a lot of Venetian influence in it's architecture, including the city walls and fortress. 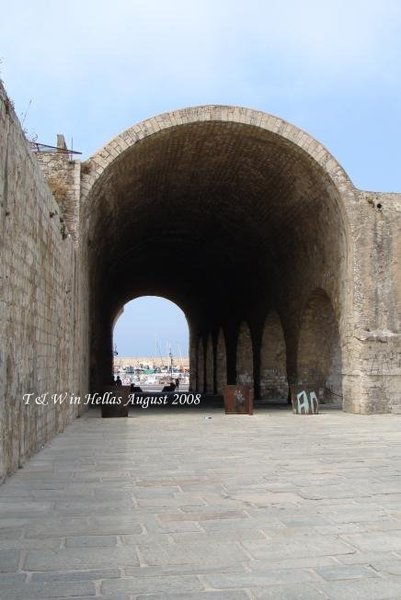 Venetian Arsenal, where ships were built and repaired. 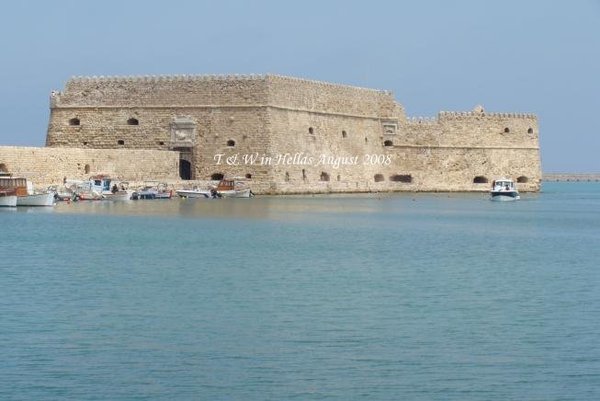 The Venetian Fortress. It was built by venetians between 1523 and 1540. 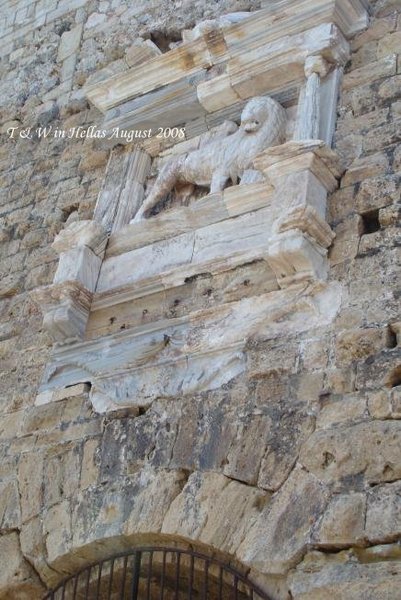 Lion of St Mark, on the fortress. 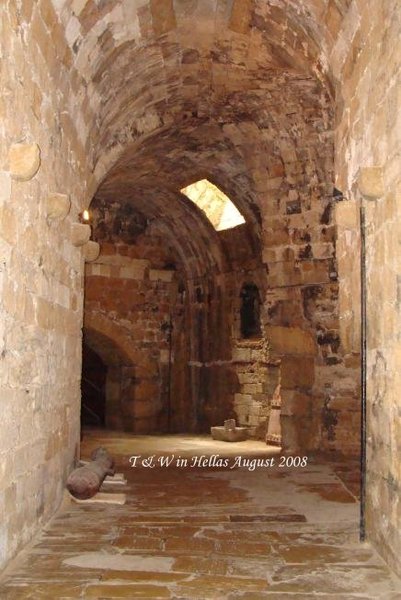 It was extremely hot that day, but inside of the fortress, it was a completely different world. 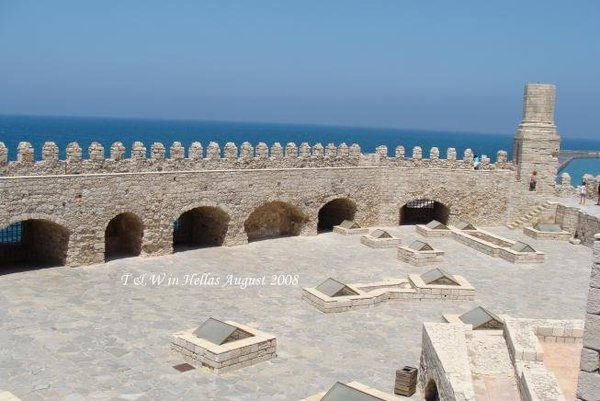 On the roof top of the fortress.


We walked toward to the centre of the city, it was a quite Saturday afternoon, not many people around this area. 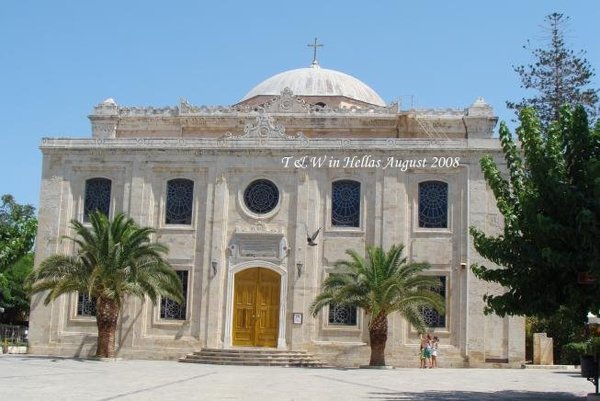 The Venetian church of Agio Titos. 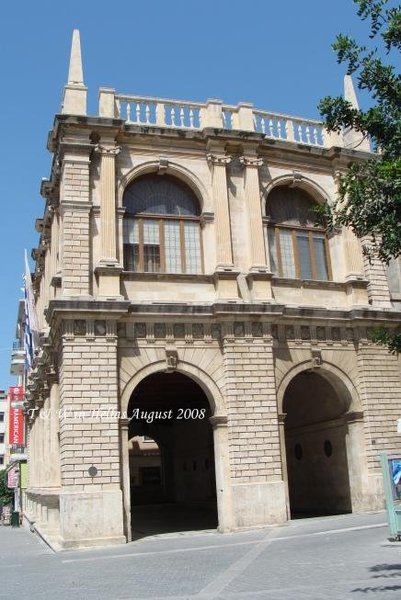 Loggia, was a meeting place for the island's nobility and now is Irakleio's City hall. 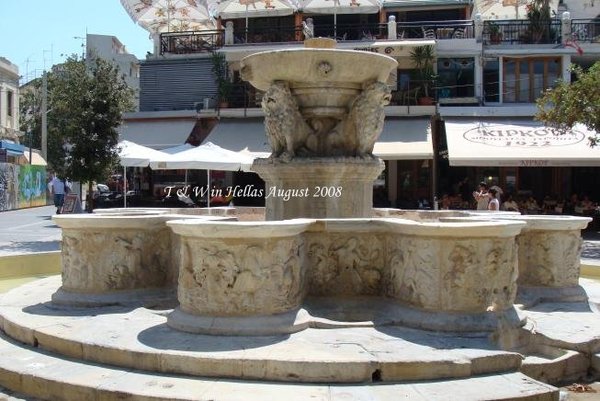 Morosini Fountain, a ornate 17th century fountain at the heart of Irakleio, this area is also known as Plateia Eleftheriou Venizelou.

The temperature in Crete was high, we soon went back to Amoudara and jumped in the pool in the hotel to cool down.
We simply had sandwiches and chips for dinner at the hotel room again.