The second day in Mykonos, I was very excited to start the day, going to the island that I highly anticipated to visit during this entire trip. We woke up early and had breakfast at a cafe in Mykonos town. 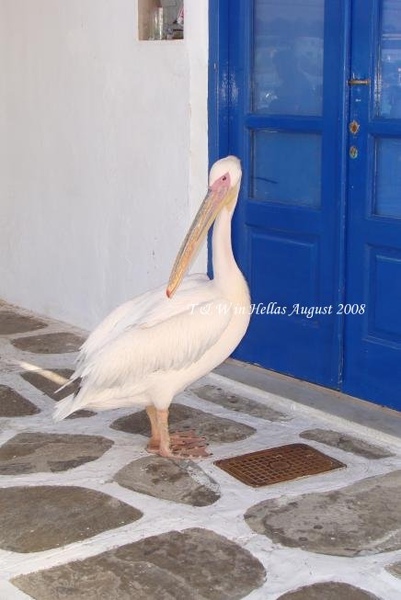 We finished our breakfast and headed to the port to catch the boat, we saw the mascot of Mykonos island: Petros (a Pelican), the size of it was very huge. 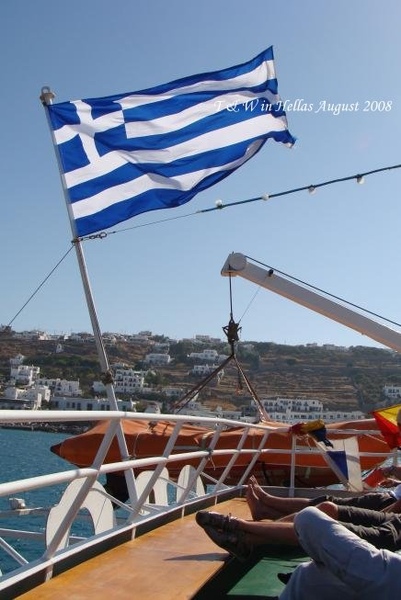 It was still very windy. From Mykonos to Delos took about 35 minutes by boat. Delos is a small narrow barren island about 5 kilometers long and 1,300 meters wide, located at 2.5 kilometers southwest of Mykonos island by sea.


Delos island is one of the Cyclades, Cyclades in Greek is Kyklos, means 'circle', because the islands surround the sacred island of Delos, according to Greek Mythology, it was the place Leto gave birth to Artemis and Apollo. 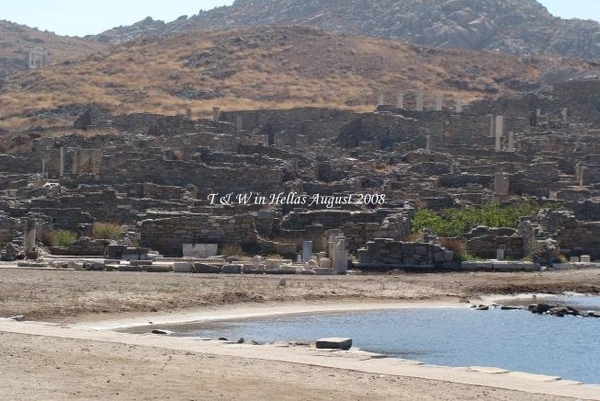 Delos is one of the most important archaeological sites in Greece, around 700 BC, Delos was a major religious centre of the lonians. It is now an open air archaeological museum. 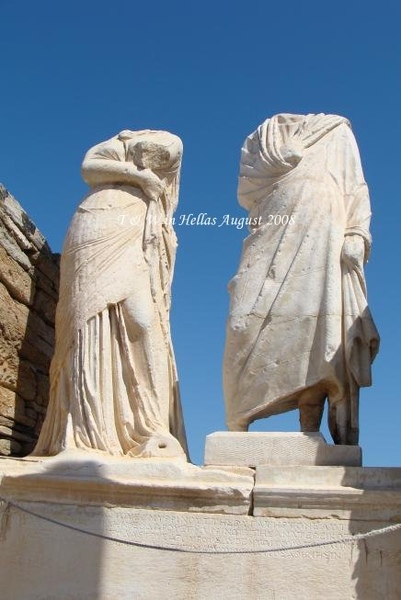 House of Dioscourides and Cleopatra, two statues represent the couple Cleopatra and Dioscourides, who lived here in the 2nd century BC. 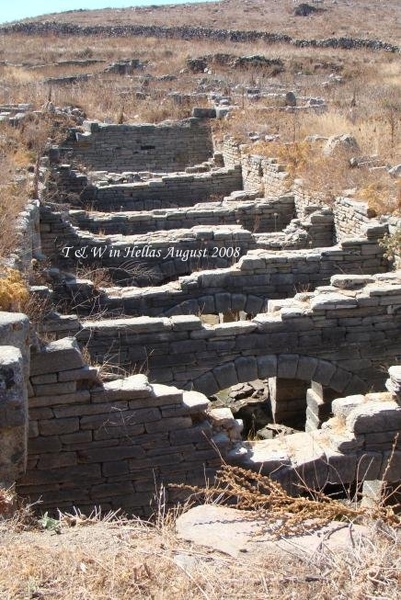 This huge, vaulted cistern located at west of the theatre, collected rainwater draining from the theatre and supplied part of the town. 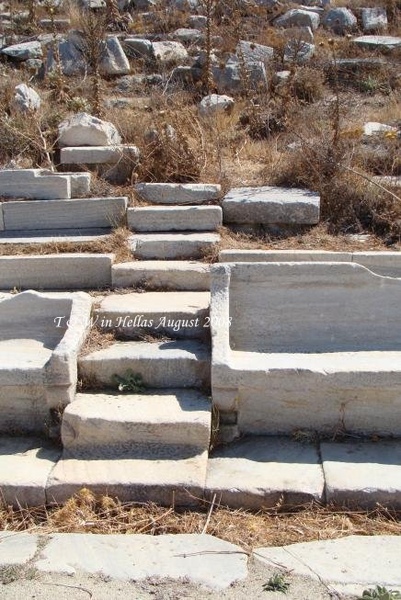 Theatre, built in 300 BC to hold 5,500 spectators, the theatre was sited in a natural amphitheatre, and was destroyed in 88 BC by Mithridates, king of Pontus. 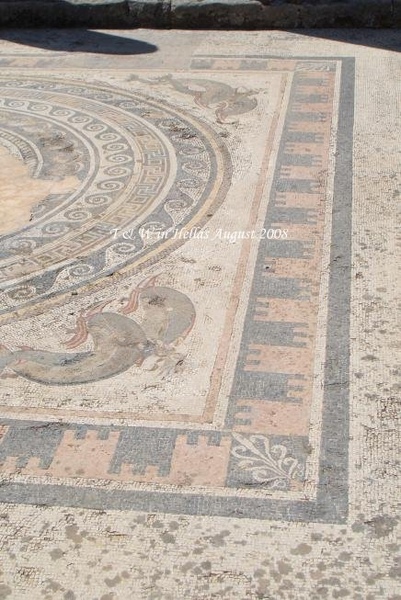 House of the Dolphins, this house of the 2nd century BC contains a mosaic of two dolphins with an elaborate Greek key design and waved borders. 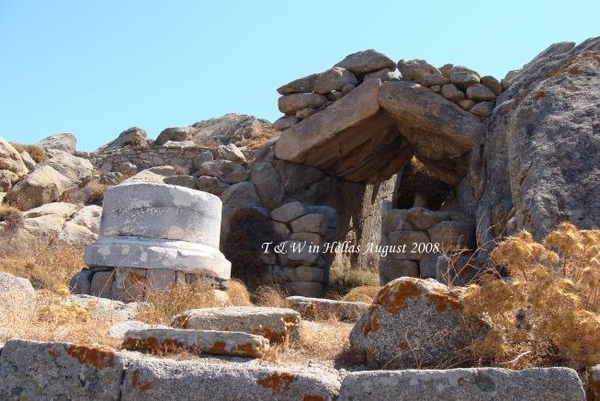 On the way to the top of the Mount Kynthos, we stopped by the cave of Kynthos, is also the Sanctuary of Herakles; Kynthos is the highest elevation (112 meters) on the island. 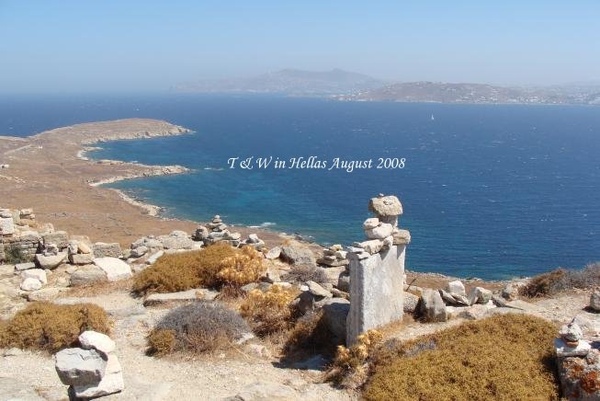 A view from the top of Mount Kynthos, Sanctuary of Zeus Hypsistos. 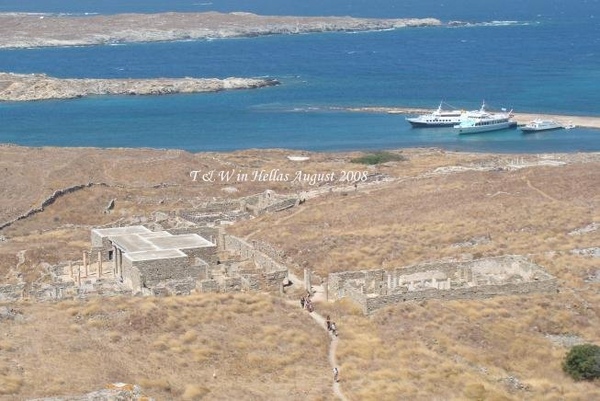 Part of the island and the port. 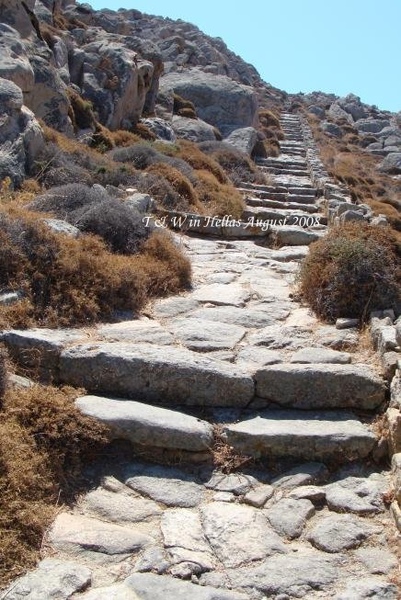 On the way down, looked back the stairs we took, it was quite a long walk. 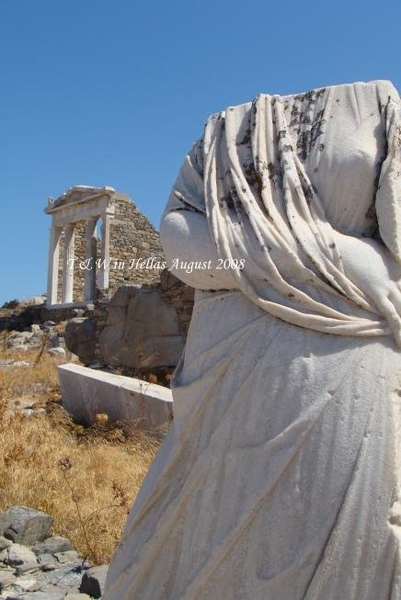 Temple of Hera, and an unknown statue. 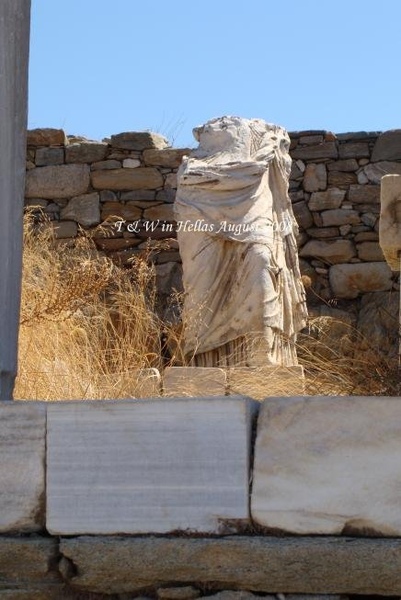 Inside of the temple, the statue of Hera. 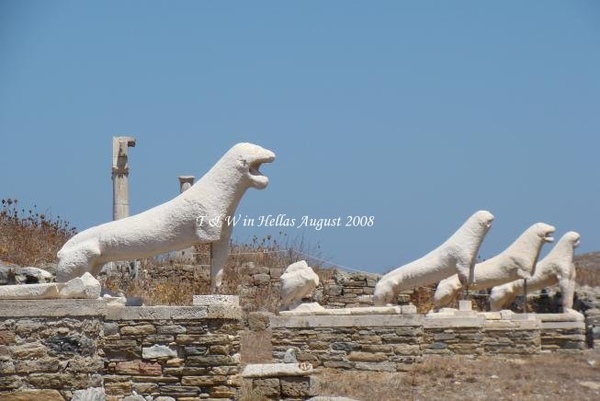 Lion Terrace, they were set up to over look and protect the Sacred Lake. Originally were 9 of them, but now only 5 remain. Those are replicas, the real ones are relocated in the Archaeological Museum. 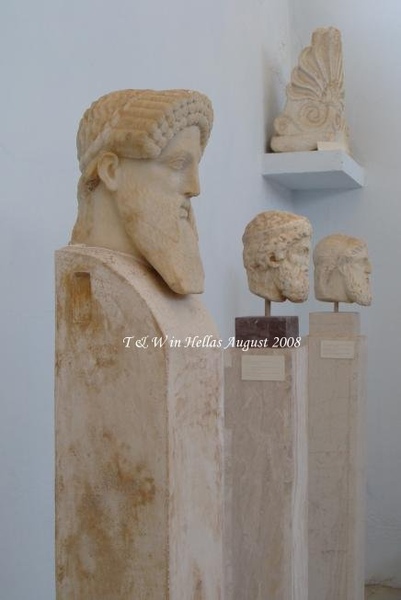 Inside of the Archaeological Museum. 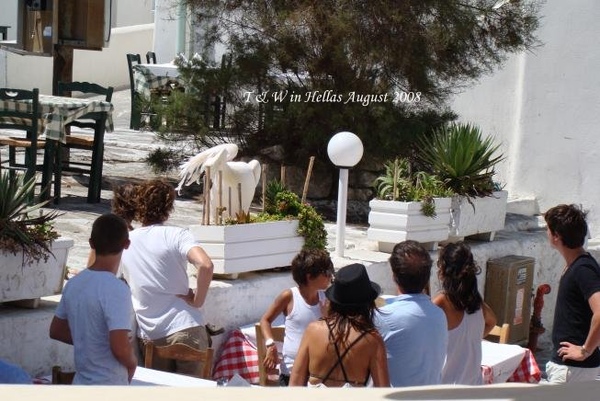 We had lunch at Nikos Tavern, wich was a popular restaurant according to a few travelling websites; once again, we saw Petros the pelican, it attracted lots of tourists. 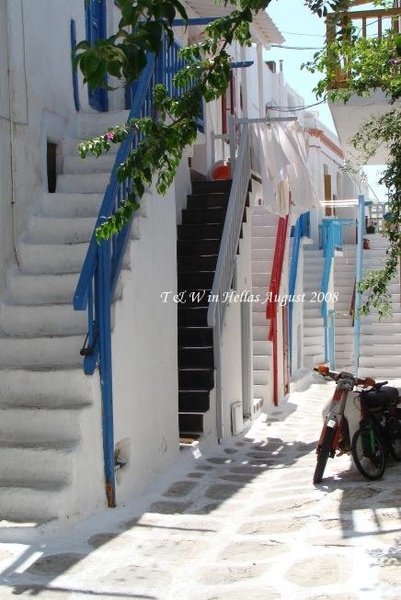 After lunch, we kept wandering in the Mykonos town, couldn't remember how many times we walked through the same area over and over again.


We tried to find a convenience store we saw earlier that day, to buy some food for dinner, somehow we just couldn't find it. 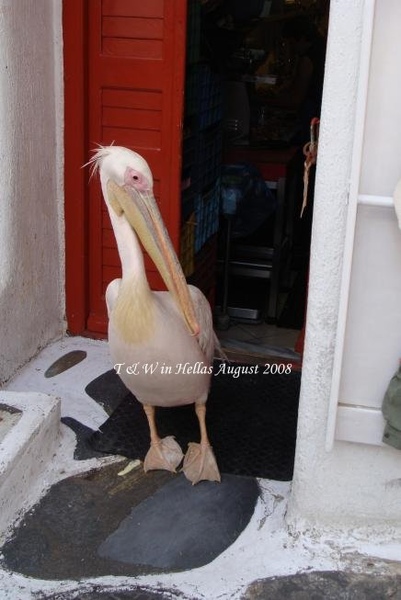 We had dinner at the pizza place again, didn't go back to Mykonos town later that day; And we were returning to Athens the next day.